The economy’s greatest concern is that consumer spending may slow. With consumer debt now at $14.96 trillion, $812 billion higher than it was at the end of 2019, maybe it needs to.

Consumers added $17 billion in credit card debt in the second quarter alone. Mortgage debt grew by $282 billion. 44% of all mortgage balances we originated in the last 12 months. $33 billion was added to auto loans. – CNN Business

The unemployment rate also fell to 5.4%, down from 5.9% in June. That marks the lowest jobless rate since March of 2020, when the COVID-19 pandemic was in its infant stages.

“The increase in [job] participation is a welcome sign given that it has been slow to recover toward its pre-pandemic level,” said Doug Duncan, Fannie Mae chief economist.

In a July press conference, President Joe Biden noted more than 3 million jobs have been created since he took office ― the most of any president in the first five months of their term — and said that approximately 70% of the jobs lost at the start of the pandemic have been recouped. If monthly gains continue at the June pace, economists predict the U.S. could return to the pre-COVID employment peak by February 2022 – the same year some economists predict the housing market could regain its inventory footing. – housingwire.com

Skyrocketing home appreciation is fantastic for homeowners, but it is causing strain on those trying to purchase a home. Buyers seeking to purchase a home are suffering tremendous fatigue caused by the limited inventory and high demand, in nearly all markets. The prospects of having to make multiple, even dozens of offers well over list price is daunting.

Home purchase sentiment dropped 3.9 points to 75.8 in July as concerns about high home prices continued to scare off prospective homebuyers.

Fannie Mae‘s Home Purchase Sentiment Index (HPSI) found that 66% of respondents said that due to high housing prices, it’s a bad time to buy a home, up from 64% last month. Only 28% said it was a good time to buy a home, down from 32% in June. Seventy-five percent said it’s a good time to sell, down from 77% last month. Twenty percent said it’s a bad time to sell, up from 15% in June.

Doug Duncan, Fannie Mae senior vice president, and chief economist said homebuying groups appear to be “increasingly sensitive” to current high home prices. “Two of the segments perhaps best positioned to purchase — consumers aged 35 to 44 and those with middle-to-higher income levels — have indicated even more pessimism than other groups,” Duncan said. “The percentage of respondents citing high home prices as the top reason for it being a ‘bad time to buy’ reached an all-time high.”

More prospective home buyers will likely continue to throw in the towel on pursuing the purchase of a home until inventory softens up. Short of a market correction or a spike in interest rates, inventory will remain tight for the foreseeable future.

The 2nd quarter report of the 2021 U.S. Home Equity & Underwater Report, created by ATTOM, showed that 34.4% of mortgaged homes in the U.S. were considered equity rich. Defined by ATTOM as homes that had mortgages no more than 50% of their home value.

States with the Largest Gains in the 2nd Quarter

47 of the top 50 zip codes with the highest percentage of equity-rich properties were in CA. – ATTOM

Cities with the Lowest Equity-Rich

“The huge home-price jumps over the past year that helped millions of sellers earn big profits also kicked in big-time during the second quarter for other owners who saw their typical equity improve more than at any time in the last two years. Instead of the virus pandemic harming homeowners, it’s helped create conditions that have boosted the balance sheets of households all across the country,” said Todd Teta, chief product officer with ATTOM. “There are still a lot of questions hanging over the near future of the U.S. housing market, with some connected to how well the economy keeps recovering from the pandemic, and some not. We’ll keep watching those closely, though for now, there are few assets that keep on giving so much as homeownership.”

NEW HOMES SALES UP A SMIDGE

New home sales dipped in May and June but were up 1% month over month in July. Nope, not exciting, but far better than a decline. Can it and will it pick up momentum? As construction costs come down, new homes should start hitting the market. Unfortunately, supply chains are still disrupted, so it will take some time before homebuilders will be able to impact the shortage of inventory.

Last week, the Supreme Court struck down a request from the President to extend the eviction moratorium, which comes to an end in October. The Supreme Court stated that only an act of Congress could extend the moratorium. Barring intervention from Congress, Goldman Sachs estimates that 750,000 U.S. households could be evicted by year’s end.

Crunching data from the Census Bureau and landlord trade groups, Goldman estimated that roughly 2.5 to 3.5 million American households are behind on rent, with landlords owed as much as $17 billion.

While renters in larger states like California and New Jersey are currently shielded from eviction under state laws, “roughly 90% of the country will lose access to these emergency protections” by the end of next month, Goldman said. – Yahoo Finance

This is music to the ears of many landlords who have tenants occupying properties who haven’t paid in a year. That has caused landlords to put properties into forbearance. Also, with housing demand at record highs, landlords are looking forward to taking advantage of rising rents.

If Goldman Sachs eviction estimates come to fruition, 750,000 evictions in a compressed duration of time will likely have an impact on the economy.

Interest rates as of 08/31/2021. Conforming interest rates. Interest rates and APR based on loan amounts not to exceed $548,250. Loan to value not to exceed 80%. 740+ credit score. Owner occupied only. Purchase and rate in term refinances. Not all applicants will qualify. Call today for your individual scenario rate quote. 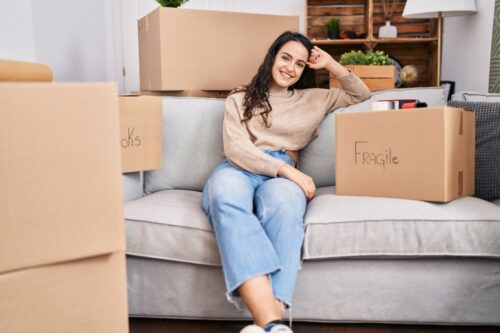 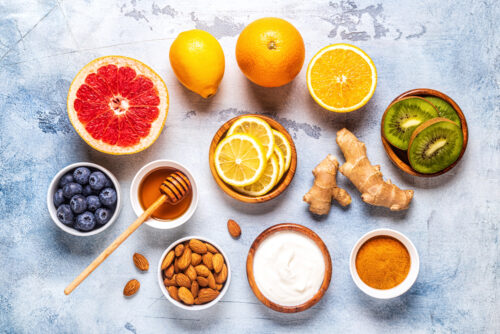 How to Boost Your Immune System This Winter

Home By Geneva >>  How to Boost Your

PrevPreviousCovid-19 Mortgage Relief Options: What You Should Know
NextHow To Prepare For HomeownershipNext
We use cookies on our website to give you the most relevant experience by remembering your preferences and repeat visits. By clicking “Accept”, you consent to the use of ALL the cookies.
Cookie settingsACCEPT
Manage consent